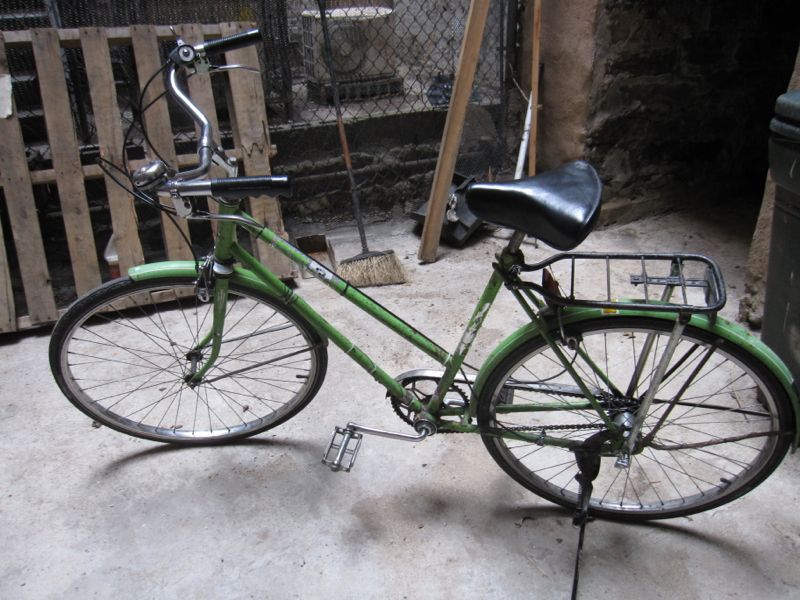 I’m a big fan of urban biking, having had the privilege of living in Amsterdam and Paris which are both very bike friendly cities for daily commuting. Returning back to NYC, I got a cast off commuter bike from a neighbour, that after considerable work, I got in working order. Given drivers in NYC are nowhere near as aware of cyclists as European drivers, lights are essential. I fitted the crappy old “Fairway Flyer” with a Dutch magneto (aka “dynamo” although that term is strictly incorrect) generator and 6VAC old school chrome light. In practice, the drag on wheel isn’t enough to notice given the entire bike is hardly built for speed.

Fast forward to Hurricane/Storm/Climate Induced Disaster Sandy, where in the process of cleaning out our flooded basement, I acquired an 80’s Univega Gran Turismo 10 speed bike with a rusted back wheel and jammed seat post. I cleaned that up and in the process felt it was time to reacquaint myself with the joys of touring bikes (from my college days) and upgrade to something better than the Fairway Flyer. Selling off the Univega, I picked up an old 12 speed 80’s Peugeot Monaco (both on craigslist), which is a fun bike to ride and suitably retro.

That lead back to needing lights. A magneto would be a crime on a performance bike, but I’d already got complements on my very retro looking light. The solution was to remove the reflector and incandescent lamp from the old metal light housing and insert a battery powered LED light inside. This involved cutting down the LED light with a Dremel, and removing the front plastic cover since the metal light housing has it’s own plastic transparent cover. I drilled out the metal housing to accept a normal-off momentary push button, and wired that to the small circuit board inside the LED lights. That required drilling two holes in the PCB to solder the wires to the traces near where the original rubber button would contact. The result is a fixed light (that I don’t need to remember to remove) that will flash in too many different ways (over-design!) that still looks very much in style with the rest of the bike.